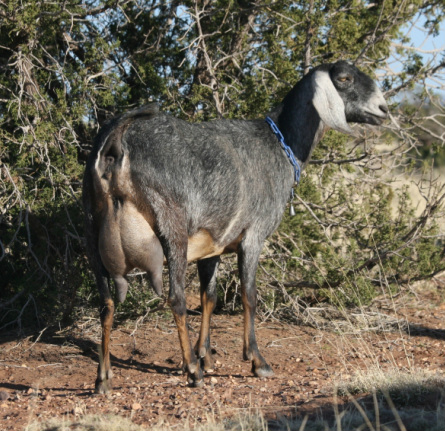 3 weeks fresh, 2014.
2016: Robin has continued to be one of the easiest animals to deal with. She is a complete and total pushover, but has gotten to a higher ranking statues in the herd this year. Not only is Robin's milk coming fabulously, her udder is beautiful, well formed and perfect for hand milking. She is the favorite for everyone when it comes to milking and when I have visitors over, it is always Robin that I have them try out milking on.

2015:  Robin has become Hazel's choice for showmanship; she has a 'marshmallow' temperment, sweet and mallable and easy-going.  Her 2012 daughter Rose is reported to be incredibly easy to milk, and her 2013 daughter, Chelsey, is expecting June babies this year, so we'll get a report back on her, too. It's nice to know Robin may be passing on her incredibly-easy-to-milk trait to her girls.

2013: Robin's milk wasn't as great as the other girls in my herd but it was average for a Nubian. She is gentle and wonderfully easy to hand milk. She is very pretty and an easy keeper. Her good looks were passed on to all of her kids. Robin is a great pet and awesome for showing. 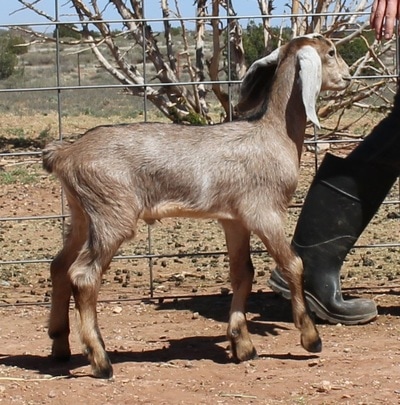 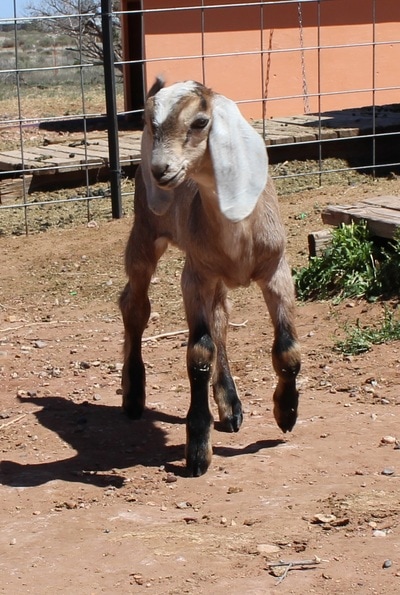 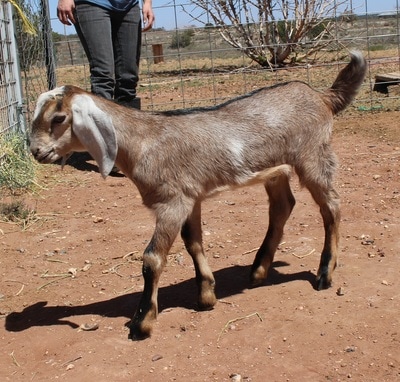 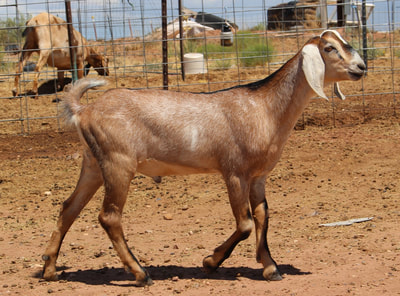 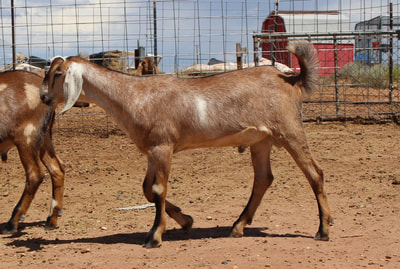 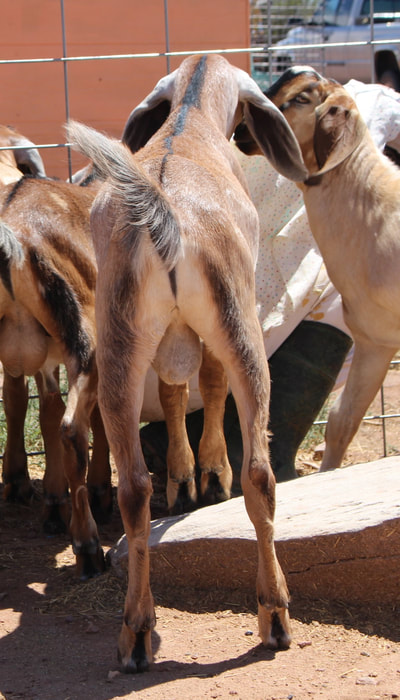 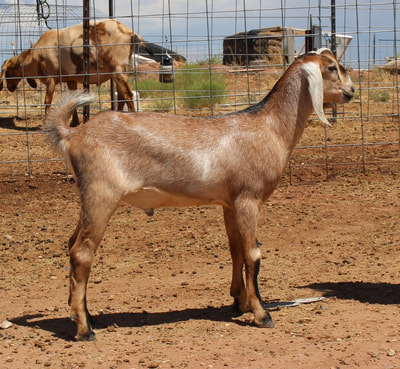 If Interested in this kid, please hop on over to our For Sale Page for pricing and information on buying. 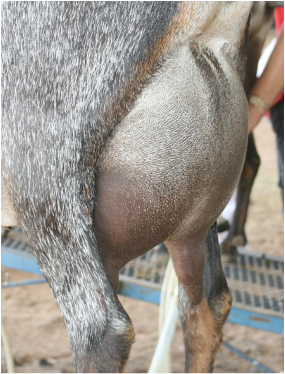 Robin's udder, at 2014 Casa Grande ADGA show.
Robin was always a laid back, people friendly goat.  She is a nice color and I have big hopes for her! She is rather low on the herd pecking order (rank) but still gets her share of food and grain. Sweet and pretty are the two words that come to mind and that describe Robin perfectly!

Fun Fact: Robin is 4B WRANGLER GENES CELEBRATION's granddaughter!  In fact, she is the granddaughter of TWO SGCH does! 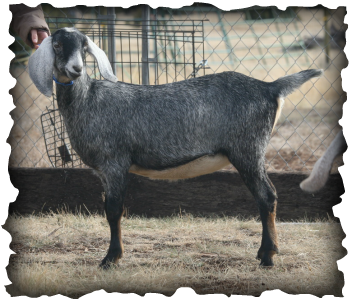 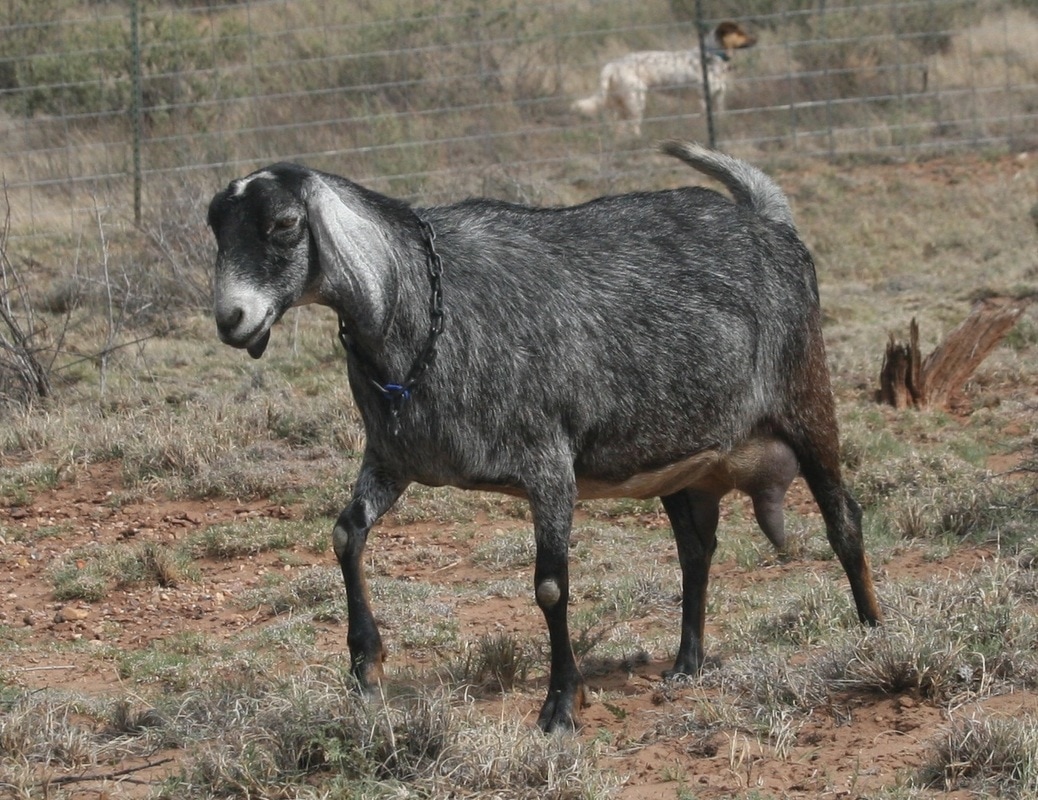