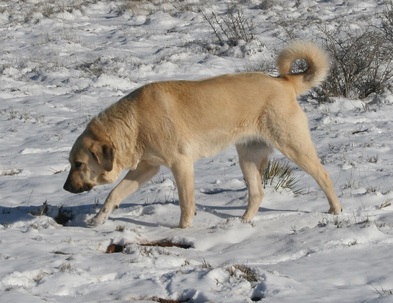 Ayya
My fabulous, long suffering parents realized it would be a waste to put all of this time and effort into my beloved goats to just end up feeding the local coyote population. So, we purchased two Anatolian Shepherds. Ayya, was overjoyed to have five goats all to herself to protect while Batur was training with his sister and mom at Black Mesa Ranch. The goats didn't seem to think they needed protecting,especially my queen, Sarina. Sarina and her faithful 2nd in command, Athena, decided that they would protect the rest of the herd from the Livestock Guardian Dog.

Batur joined the mix and helped out in protecting however the pair didn't seem to work well together and Ayya was sent to another herd who she is with to this day. Batur however, became increasingly stressed by being the lone guardian and we went dog shopping.
Finally, we found a Great Pyrenees Mix who needed a new farm and a puppy Anatolian from a breeder. These two additions have been the perfect fit! Uhura turned out to be more of a people-guardian than goat, but she ranges mostly around the house and front pasture while Spock is devoted to the goats and can sometimes be seen following around babies who wander too far from the herd with a quiet, patience until the baby grows bored and Spock can escort them back.

These three work wonderfully together and we hope they continue to be the wonderful protectors that they are for many years to come! 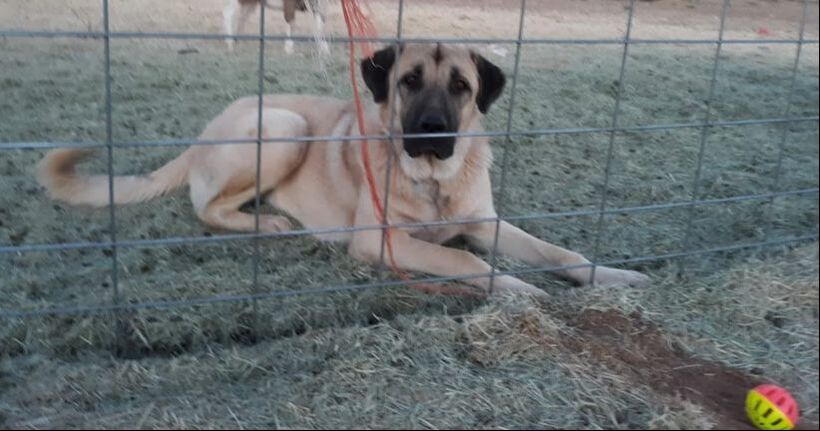 Call us at (520)349-0405
Hours: anytime after 2 on weekdays and anytime on weekends​
Email at witchhazeldairy@gmail.com